Round Three of Trail Run Australia was held at Lake Crackenback on the Snowy Mountains on Sunday.

The 50km Ultra Marathon had competitors traversing epic terrain from the Gaden Trout Hatchery, 10km north-west of Jindabyne, along the Thredbo Valley Trail and ultimately finishing at Lake Crackenback.

Sally Tapp put on a clinic in the Women’s, winning by a massive 20-minutes and 4-seconds.

Marty Keyes triumphed in the Men’s competition, crossing the line in a time of 4:04:15.

While Llewellyn McMaster rounded out the podium, with a time of 4:16:35.

The Dirt Master is a competition of all those who complete both the off-road triathlon on the Saturday and the half-marathon trail run on the Sunday.

McMahon won gold in his age-group for the triathlon, while Slater finished outright third in the women’s tri.

McMahon only took up off-road sport four months ago.

“It’s been really great, I’m enjoying it, I did not think I’d win the Dirt Master, but I’m really, really pleased with how it went today,” McMahon said. 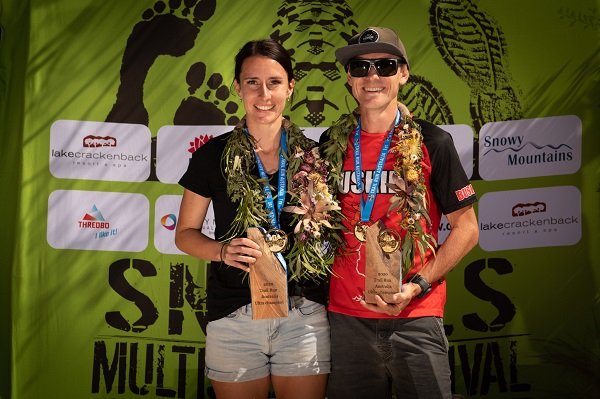 While for Slater, it was worth the pain.

“It was definitely something that I endured out there today. It was tough, backing-up after the triathlon.

“But it’s great to be back here, I love it here, and at least you can enjoy the view while you’re suffering the pain,” Slater said.

Meanwhile Olivia Stutchbury and Kris Fitzpatrick won the 11km titles, and Xavier Beesley and Annika Ingwersen took out the 5km.

The event is supported by funding from the NSW Government through its tourism and major events agency Destination NSW.

Keep Up to Date with In2Adventure