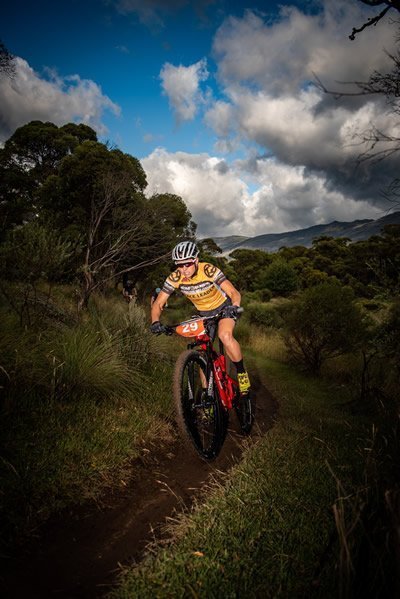 The Snowies Mountain Bike Festival hosted at Lake Crackenback Resort & Spa & Thredbo Resort in the iconic Snowy Mountains of New South Wales challenged riders with six stages across three-days from 8-10 February.  In 2019 the festival continued to innovate with the addition of the all new Lake2Lake stage hosted on the banks of beautiful Lake Jindabyne.

This year the mountains were ready to test riders with some of the most challenging conditions in the history of the festival, including alpine winds, rain, a small scattering of biting hail and a massive helping of picture, perfect sunny days.  Amongst it all , the Snowies MTB riders emerged victorious being able to claim that they had tamed the mighty Snowies in 2019!

With five of the six stages under their belt it was team Trek Shimano Australia who dominated the male elite race with four of the five lead riders.  Cam Ivory held a 1:07 lead over closest contender Matthew Dinham with Russell Nankervis, Jon Odams from team Giant – Shimano and Callum Carson in the hunt.

Catching up with Ivory after the race he explained that “Thankfully I had a bit of a time gap so I knew that I could take it a bit easier today, I wasn’t chasing seconds out there I just had to keep the fastest guys in check.”

Peta Mullens headed into the final stage with a strong 2:41 lead over her closest rival Cristy Henderson who had put in a strong performance across all stages.  Zoe Cuthbert (Team Trek Shimano), Renata Bucher (Aloha Racing) and Emma Vioto (Pushys Shimano) rounded out the top five heading into the final day.

Leading into the Snowies MTB Festival Mullens explained “I don’t feel like I’ve come in with amazing form, I haven’t done much mountain biking in the past two years. I’d like to get back into a bit more of cross country, but the Snowies I love, I love the trails here, they quite suit me.”

With our very own Man from Snowy River leading the 300+ riders into the mountains it was always going to be a tough fought battle at the front of the field to claim the ultimate title.

At the end of 45 tough kilometres throughout Kosciuszko National Park and the amazing trails within Lake Crackenback Resort & Spa, Odams put in a stellar performance to take the stage in a time of 1:56:52:41, with Dinham and Nankervis on his wheel in 1:56:53:03 and 1:56:53 respectively.

But as the times rounded out the consistent strong performance of Ivory across all stages meant he held on the claim the title as master of the Snowies Mountain Bike Festival in an overall time of 4:33:25:89 with Dinham in second 4:43:32:95 and Nankervis in third 4:35:38:34. 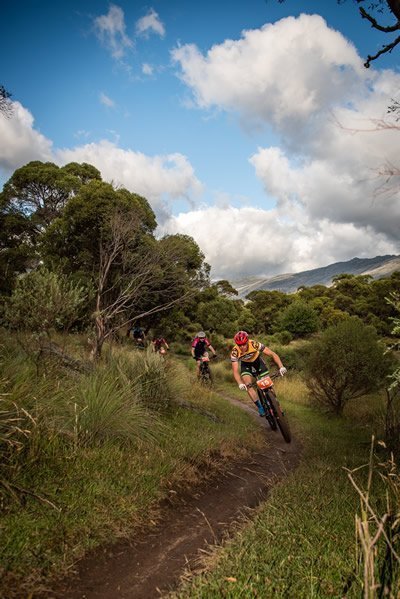 After the victory Ivory told us “I’ve wanted to come to the Snowies MTB since I first heard about it basically, it’s been on the ‘to do’ list and I just haven’t quite made it over here.  I waited until I was living a long way away from it to drive back but I’m so glad I came.  And to have my two team mates on the final podium by my side was awesome.”

Leading into the final stage Mullens was “pretty confident and when I led into the single track at the top, out of the girls competition I was like, I think I’m gonna win today. And then at the end of the lap they all came gassing past me and I fell to fourth, and I thought, I’m probably going to lose my jersey and everything, but I managed to battle through the last couple of laps and just stayed really consistent.”

After the win Mullens was “super stoked to take out the 2019 Snowies MTB Festival at Lake Crackenback.  I love the trails here, they quite suit me.  The climbing’s not anything ridiculous, the trails are fast and flowy and the vibes just really cool, so I’ll come back for another one.”

This year’s race featured an Alpine base at 1,260 metres in elevation, as well as over 110 kilometres of rugged mountain terrain, technical single track, blasting ascents, daring descents and, a $5,000 cash prize pool.

Lake Crackenback Resort & Spa offered competitors and spectators a base with 4.5 star luxury facilities as well as resort properties from studios to three bedroom apartments covering all budgets and tastes. Thredbo Resort offered a spectacular base for day two while also offering a wide range of accommodation and activities, giving visitors a perfect bases to explore this spectacular part of NSW.

The Snowies Mountain Bike Festival is proudly supported by the NSW Government through its tourism and major events agency Destination NSW.

For full results, videos, race reports and videos please visit the website at In2adventure.com.au on the links below: 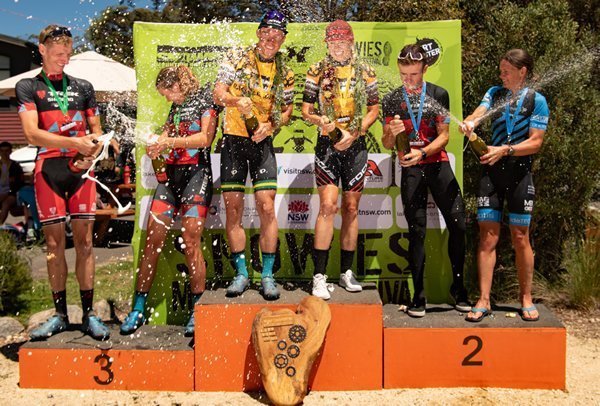 In2Adventure are Asia-Pacific’s premier adventure event specialists. With a full calendar of national events scheduled throughout Australia, including cross triathlon, XC Mountain Bike, trail runs, adventure races and corporate events, In2Adventure fully embraces all things ‘off road’ and ‘off the beaten track’ and offers a unique, individual experience for all ages and skill levels.